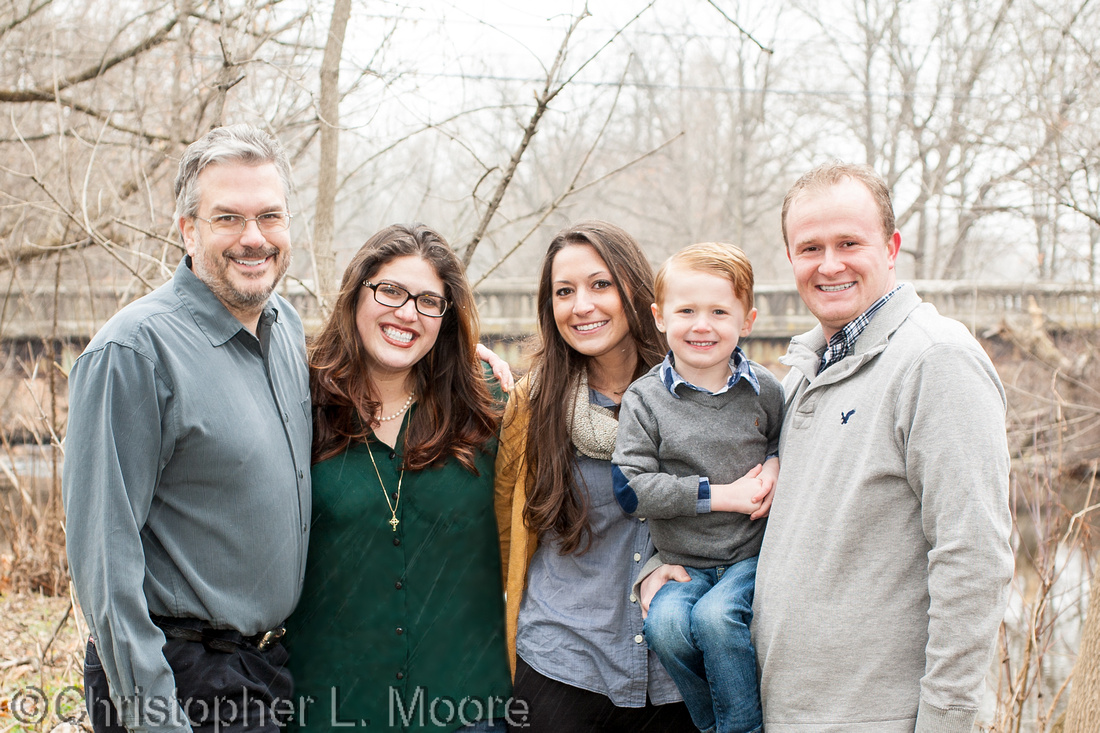 People want to put their best foot forward during the holidays and capture the magical spirit and essence of this festive time.  Cards via good old snail mail are still a staple of holiday cheer for many – a bit of nostalgia and hope for the coming year.  To write a newsletter or just send a store bought card are pretty common, but sending a portrait of your family to friends and loved ones makes an understatement of “a picture is worth a thousand words.” It is an honor to be asked to represent someone's family as they would want to be remembered at the holidays and communicate the love one wants to share for the rest of the year.

For the recent holiday season, I was asked to photograph the family of my girlfriend's sister for their annual Christmas cards.  The request was made with a general direction to the style of photo they prefer (high key, high contrast, golden hour if possible, but generally atmospheric if that hour was not possible), and the rest was up to me.  I prefer to shoot in nature, such as at a park or other locations of minimal architecture. I find, if done correctly, the complexity of nature can be surprisingly more soothing compared to the dry simplicity of a studio backdrop. The family was in agreement, so the next step was deciding a location and time good for everyone.

A park was chosen, and we met on this chilly overcast day.  Time to get things rolling!  I started choosing my shots and let the family pick some too.  We tried out several locations and a few bonus shots of the whole group of us.  The family didn’t mind that the day was overcast and snowy instead of golden and sunlit as the winter season often presents a more "cool" look anyway.  They also decided they wanted a large print picture of everyone to give to their parents as a Christmas present, so the subtle streaks of snow – that would have been lost on a smaller Christmas card picture – turned out to be a lovely bonus!  By the end of the shoot, I knew we had several wonderful shots for them to choose from for the card and picture as well.

I heard our group photo was the favorite gift this year and the card picture made for a nice canvas wall hanging too, so it was a very Happy Holiday shoot for us all!